Hol­i­days — Oppor­tu­ni­ties, Some Realised, Some Missed 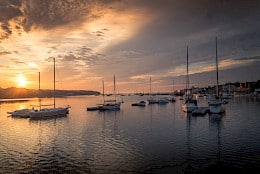 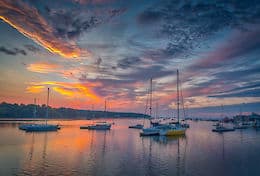 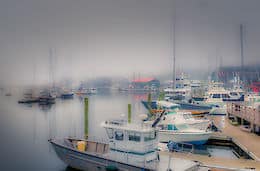 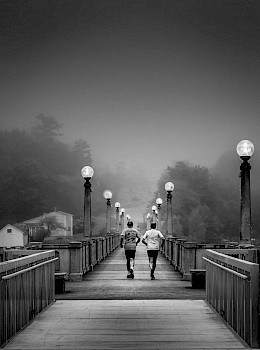 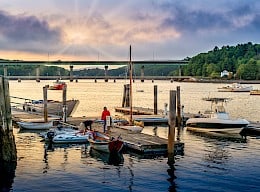 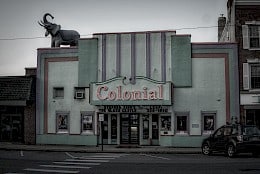 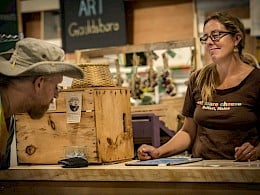 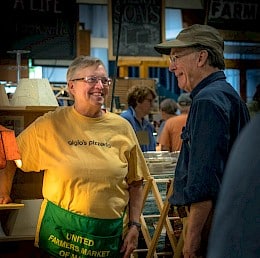 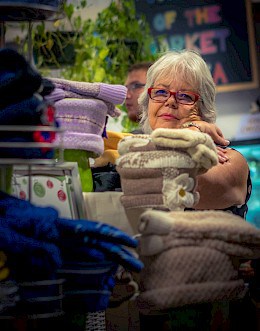 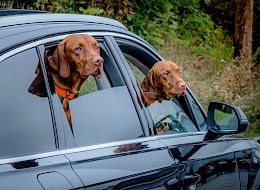 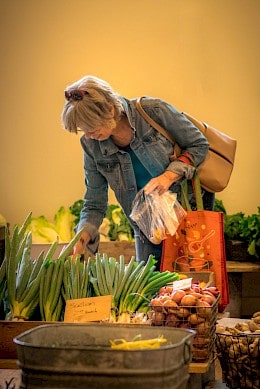 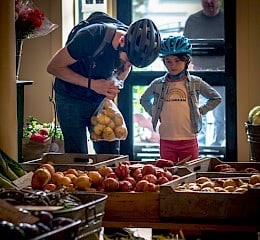 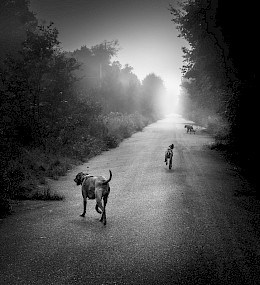 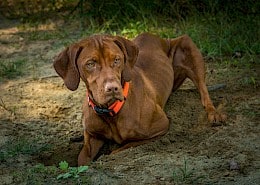 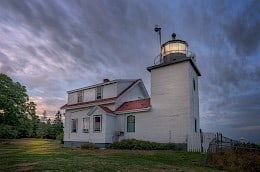 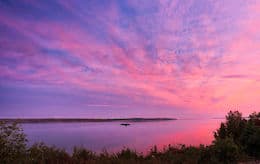 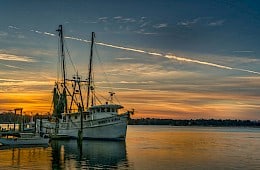 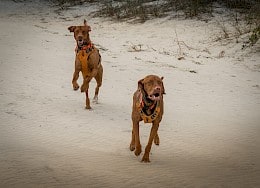 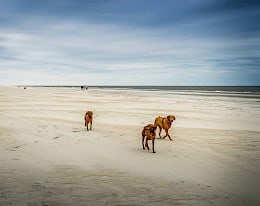 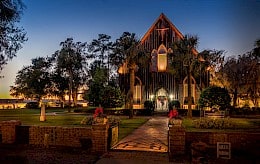 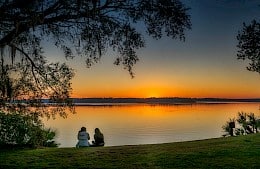 It’s Easter, the Year is no longer new and already shows signs of wear. We are very late getting this out. Still, des­pite our tardi­ness, we wish you a Happy Easter and hope that the bal­ance of the year treats you well. Here is a short update on our 2017 highlights.

Avid read­ers of these columns may remem­ber that I com­plained about a lack of hol­i­days in 2016. So, it was good to get back to our Fall and Christ­mas hol­i­day routines in 2017. We man­aged to get two weeks in Maine in the Fall and two weeks more in the Low Coun­try over Christ­mas and New Year.

For the Maine event, we drove up through Baltimore, New York City and New England to get there. It was an enjoyable 675-mile journey, even the New York portion. We ren­ted a large well-appoin­ted house on a bunch of rur­al acres in Waldo County. 'Large', because one of my daugh­ters and her hus­band flew out from the UK and joined us there for part of the time and we needed the space. ‘Well appointed’ because the house’s owners made it that way, they have excellent taste and an eye for detail. ‘Rural’ because we like peace and quiet and ‘acres’ because its good to be able to let the Vizslas run around.

It was a short drive from the house into Bel­fast. Home to sev­en thou­sand people, it’s not a big place. We spent a day there on a pre­vi­ous trip and looked for­ward to more time to get­ to know the town bet­ter

It’s on the estu­ary of the Pas­sagas­sawakeag River as it flows into the waters at the head of Pen­ob­scot Bay. It’s a big nat­ur­al har­bor. Pleas­ure craft, work­ing boats and fish­ing boats, are every­where on the water. We had expec­ted that but soon found out that there is more to Bel­fast. The people are resource­ful, hard­work­ing, friendly and enga­ging. There is a palp­able and per­vas­ive pur­suit of excel­lence and ori­gin­al­ity almost every­where. It seemed to me that many of the folks there were of ‘Scotch Irish’ heritage. Hun­dreds of farms in the town’s hin­ter­land contribute as much as all the surrounding water to its character. It has the usual supermarkets, chain stores and fast food joints on its periphery but the town centre is lively and full of life. If there is an empty storefront anyplace, we didn’t see it.

These three establishments caught our imagination during our stay;

Farm­ers’ Mar­kets
The United Farmers Market of Maine operates a big cus­tom built facil­ity that opened for busi­ness in 2017. Open mid morn­ing to mid after­noon every Sat­urday. Sev­enty stalls with an amaz­ing range of locally produced food­stuffs and artis­an­al items. We were blown away by the quality of the produce. We learned afterwards that there is another Farmers' Market in the Town called The Belfast Farmers' Market. It runs 0900 to 1300 every Friday and operates from one of two locations depending on the season. I imagine it is every bit as good as the Saturday affair. Doing things by half isn't in the local genes sets.
Col­burn Shoe Store. 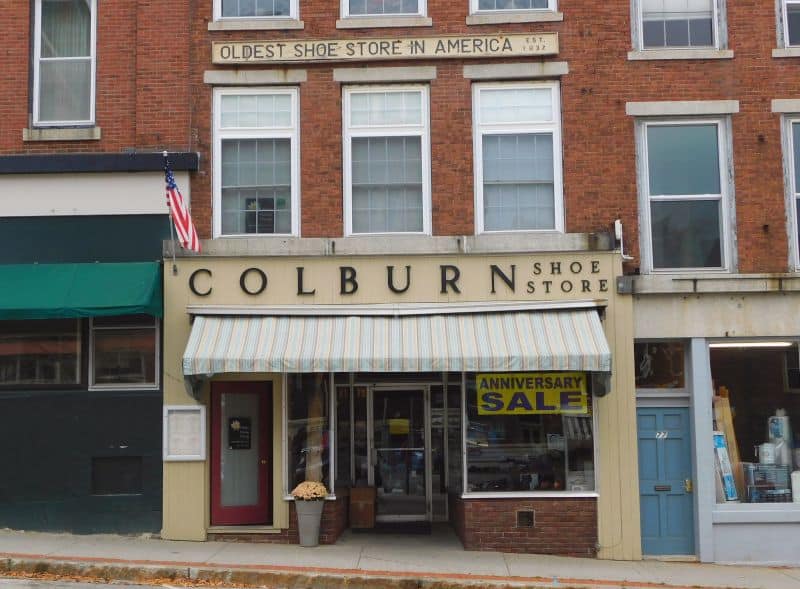 Opened for busi­ness in 1832. It is the old­est shoe shop in the USA and is still active in the ori­gin­al site. It continues to serve the local community selling a range of footwear that meets the needs of farmers, boatmen and fishermen as well as everyone else that endures the long, brutal Maine winters every year.

Getting the Dogs Walked

After a few days poking around looking for a good place to walk our dogs, we found ourselves at Sears Island. It is a nature reserve connected to the mainland by a short gated causeway. It has miles of wooded paths and tracks and some tarmac roadways too. But the trustees ban cars beyond the causeway gate. It was ideal for our purpose and made an enormous difference to the holiday. If the dogs are happy and get exercise, we are happy and get exercise too - so there are no losers. We met other dog walkers, and it was good to watch the dogs play with each other.

We spent Christmas and New Year on Hilton Head Island SC. It’s in the Low Country close to Beaufort and Fripp Island where we have spent holidays before. Posher than neighbouring towns and well organised, it’s replete with smart gated communities and golf courses. I hadn’t realised previously that the beautiful Hilton Head beaches are so dog-friendly. Out of the summer season, dogs are allowed at all hours, and off-leash provided they are ‘under control’. So we enjoyed all that. The beaches are well organised and tended daily.

The cold spell lasted for most of the last week, and so the Vizslas, and we had the beach to ourselves. We were fine except that the heating arrangements for the house we rented stopped working one night. Karen discovered that the melt from the snow and ice on the roof was falling into the HVAC (heat pump) outside. It re-froze into icicles which prevented its fan from turning. We broke the icicles off and placed a large beach umbrella over the unit to divert the roof melt away from it. All was well, and warmth flowed back into the chilly house.

The downside of HH, for me at any rate, was the lack of photographic opportunity imposed by all the gated communities. Getting access to almost anyplace is tedious. For instance, the historic Leamington Rear Range Lighthouse is interesting and the last remaining of its type in SC. Range lighthouses had forward and rear lights some distance apart. Shipping approaching the nearby Port Royal Sound took a course to align one light behind the other and thus be on the right heading. The forward light was on the beach, but it is long gone. Sadly, members of the public can only reach the remaining rear light by transiting through one gated community to the nearby gated community where its tower stands on a golf course. I would need multiple visits to work out how to get a good image, have a good sky behind it and so on.

Harbor Town Lighthouse is better known than the Leamington Light but was built in 1969 as a tourist attraction in the marina. Even so, there is a manned gate to negotiate to get to that. I couldn’t be bothered. It was never a real lighthouse and would be more at home in Disneyland.

In the event, I was drawn more to Bluffton. It’s a small town full of character close-by to HH. It’s on the mainland on the bank of the inter-coastal May River. Its lively character and eclectic mix of buildings and store-fronts make it more our kind of place. I made several trips to the Church of the Cross in the town. Both the building and its location are remarkable. Consecrated in 1857, it is constructed almost entirely with heart pine (Cypress). The wood is unfinished on the exterior and finished in the interior where it has a beautiful patina. The church stands on a bluff by a wide stretch of the May River. The grounds are replete with Live Oaks and Palmettos but afford unhindered views over the river. The sunsets out over the water are glorious and attract a large number of visitors to the church grounds.

The Bluffton Oyster Company lies just a little up the May River from the Church of the Cross. It may look ramshackle from the outside but serves up and sells Oysters, Shrimp and other seafood harvested in local waters. This short film about the restaurant and seafood store is interesting and has excellent views of the river and inter-coastal system.

I wanted to photograph the shrimp boat docked outside the restaurant. I rose before dawn and drove up there. I intended to get some images just before the sun came up and with a full moon over the river. Sadly, I hadn’t taken account of the big orange floodlight they used to light the exterior of the dock and premises during dark hours. So I hung about in the frigid temperatures on an adjacent dock until the sun appeared on the horizon and the orange floodlight turned itself off. The full moon had fled the scene by then. I did eventually get some images but will have to photoshop out some large intrusive contrails that disrupt the sky. Overhead jets are always present over the East coast. I would have gone back another time but I had left it too late and the holiday was over.

I was chilled to the bone and shivering. I hadn’t brought along warm clothing, it was South Carolina after all. However, it didn’t end badly. I had one of the most welcome breakfasts for a long, long time in the Corner Perks Cafe in the town after that. A big mug of coffee, an egg and sausage banjo and a bowl of cheese grits. Simple pleasures are the best.