Images from a Trip to Cyprus in June 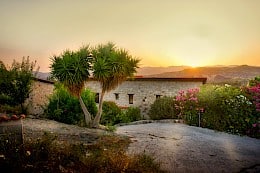 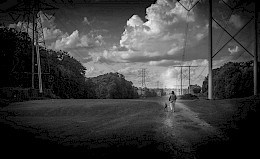 We will spend our first Christmas and New Year at home in over a decade. We enjoy our trips away over these holidays but have to stay put this time. Here's why:

We have a new little Vizsla. Elliot was born on 4 September and is too young to go along on the kind of Christmas trips we make. Had he been a month or two older it might have been possible.

After the BREXIT Referendum result the value of the GBP plummeted against the USD by 15 to 20 percent. With less dollars to spend, taking a holiday would be at the expense of some work that needs to be done in the house. So, needs be as needs must.

I did make a trip to Cyprus in June though. Karen came up trumps and donated enough of her air miles to fund a return business class flight from IAD to Larnaca. I flew Austrian Airlines via Vienna both ways and enjoyed the service very much. By chance, I had watched Rick Stein's BBC "Long Weekends" episode about Vienna a week or two before the trip. So, with that and a little more reading, I got my story straight on Austrian wines, particularly the unfamiliar reds. The in-flight sommeliers seemed eager to keep an appreciative traveler's glass charged with an unctuous full bodied Blaufränkisch on the way out and again on the way back.

I hadn’t been to Cyprus for 30 years and so was interested to see the changes and also the many good things that I trust will never change.

One of my daughters flew out from London to join me and we rented a small villa in the hills halfway between Paphos and Polis for a few days. It was ideal and not at all expensive given the great location above the village of Miliou. The weather was perfect and we relaxed and enjoyed the local food and wine. I had intended to venture out to take lots of photographs but it was a short stay and instead tended to stay put and do nothing. The villa with its swimming pool and orange trees laden with fruit was a marvellous place to do just that. I got up just before the Sun broke over the hills to the East to enjoy the cool air with a cup of coffee and a glass of freshly squeezed orange juice. After that, it was easy to doze off again, recharge the batteries and then just to linger.

During the trip, I was delighted to meet up and stay a night with my old pal, Dave Marks. He went to live on the island more than 20 years ago and did something extraordinary. He bought an old ruin for a sum that didn’t dent his retirement gratuity too much. It’s in Lemona, a village in the foothills north of Paphos. He rebuilt and extended it from the ground up. He added a new upper floor for bedrooms and created a beautiful open plan area downstairs. He worked mostly on his own and used materials from other ruins he was able to scrounge. His solid timber window and door lintels come courtesy of a long demolished British Army pier at Avdimou, for instance. I am sure that had Kevin McCloud caught wind of it, with no exaggeration, Dave’s project would have made the best ever episode of Grand Designs.

We lost our dear old Gregor, our 13 year old Vizsla at the tail end of the Summer. He was one of the nicest dogs on the planet and had the nack of walking away from trouble before it started. He didn't get into a fight ever and I never saw him curl his lip at anything.

He liked to sit in the passenger seat of our SUVs and in the winter would paw me until I switched on the seat heating. Sometimes I would try to fake him out and only pretend to switch it on but he knew that if the indicator light didn't come on on the dash, the seat wasn't going to get warm. The pawing would continue until he saw that light, once he did, he would curl up and wait for the heat.

Karen shot this video of our three Vizslas opening their Christmas presents in 2014. Gregor is the dog with the gray on his face and the rapidly oscillating tail. He really enjoyed occasions like that and didn't let the brash 18 month old Brodie spoil it for him, his tail never stopped wagging.